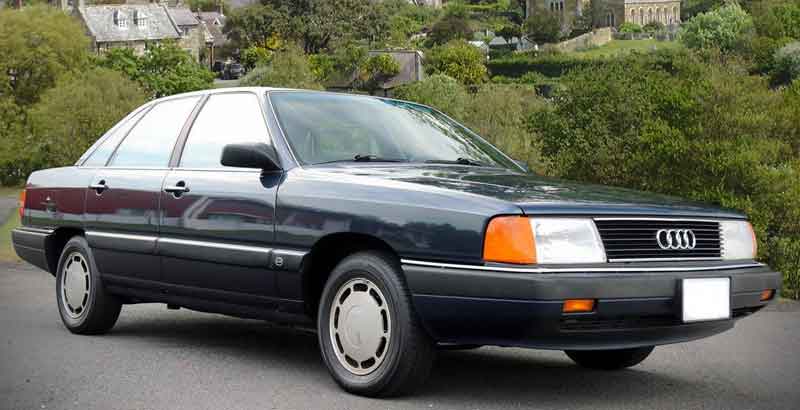 German cars, including Audi, have a reputation for being superbly engineered. Imagine what the response of the public was when rumours started to circulate about the Audi 5000, with an automatic gearbox suddenly accelerating all by itself out of parking, and running over children, grandmothers and babies. Could this really be true?

The American National Highway Traffic Safety Administration published a report in 1989 which, surprise surprise, completely exonerated Audi. The fault was entirely the driver's. Certainly, the accelerator pedal was a little closer to the brake pedal than normal, but a good driver should't be fazed by this.

Was this the full story though?

Further investigations revealed that the 5000 throttle system was partly mechanical and partly electronic, controlled by software. Part of the electronic bits was an idling adjustment. During tests there were multiple misfunctions of this system which caused sudden, short lived surges of power.

What is a driver do if there is a sudden power surge? Why, stamp on the brake of course. What happens though if the brake pedal and throttle pedal are closer than expected? Simple. The throttle pedal is pressed instead of the brake. The car shoots off and whether or not there is a serious accident is down to pure luck.

These facts were not recognised at first. Initially Audi came to the conclusion that the culprit was a faulty floor mat that was interfering with the pedals. After that they blamed the drivers.

To this day no one has actually found the real smoking gun cause of this effect! Several recalls , with replacements of the idling adjustment system, as well as further alterations to the shift lock device, have failed to stop the complaints. Needless to say sales of Audi 5000s fell like a brick.

Could it be, I wonder, that we are putting just perhaps a little too much technology into our cars, just as we are into some aircraft?

Next - the Toyota Yaris