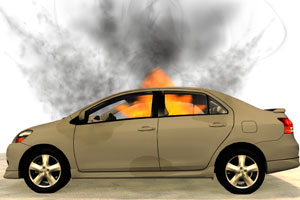 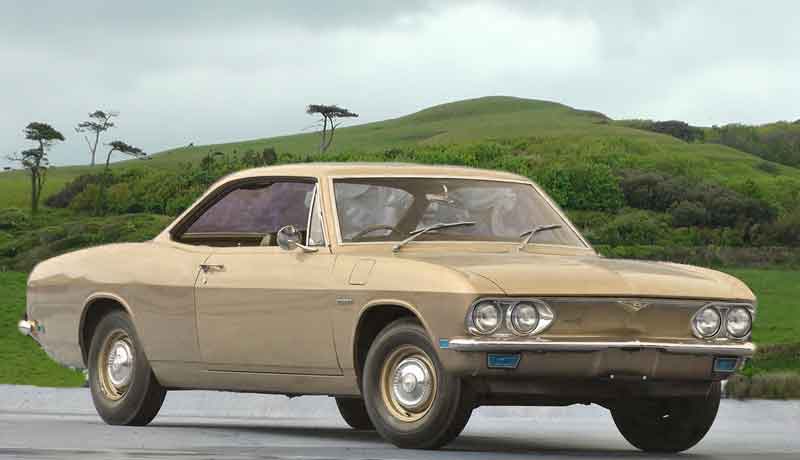 General Motors, the owners of Chevrolet, were disturbed that The Volkswagen Beetle was selling so well in America in the 1950s so they decided that they would have to compete by making a better car. Unfortunately they took the really bad aspect of the Beetle, and made it even worse.

The Beetle had an engine in the rear of the car. This can be a very dangerous thing to do. The problem is weight distribution. If the front of the car is lighter than the rear, then at speed that front-end can swing around excessively; this is known as oversteer. This can be compensated for by ensuring that the car is well balanced and has a good transmission system; the Corvair that Chevrolet brought out had an unconventional swing – axle suspension system, no anti-rollbar and a heavy, relatively powerful engine in the back. Unstable at the best of times, if the car was heavily loaded it handled like a jet propelled banana.

What didn't help of course was that as a high-performance car people tended to drive it rather quickly! Finding the front-end breaking away on a bend at high speed is pretty well certain to result in disaster eventually; it was not uncommon for a boy racer to flip one over.

What didn't help was the issue of tyre pressures. A well-balanced car has practically the same recommended tyre pressures in both front and rear tyres; the recommendations for the Corvair were 15 psi to the front, and 26 psi to the rear. This was not what American motorists were used to; a lot of Corvair owners mistakenly put the same pressure in all four tyres, resulting in even more oversteer.

Consumer activist Ralph Nader publicised these problems; General Motors reacted by having him followed to see if they could dig any dirt on him, such as discover that he was perhaps a homosexual or a communist! This rebounded on them and they were eventually forced to apologise to him in front of a Senate committee and pay him substantial compensation.

Perhaps as a result of Nader's work sales of the Corvair slumped with just 6000 rolling off the production line in 1969, compared to almost 330,000 in 1961. However after the car's demise a report on it was issued by the American National Highway and Traffic Safety Administration which concluded that there was nothing basically wrong with the Corvair's handling, and it was neither better nor worse than other contemporary cars. Well, that's all right then.

Next - The Yugo GV